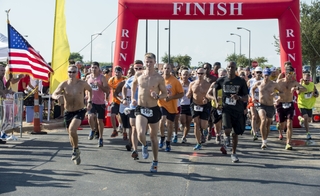 “It was a great turnout with more than 700 participants this year,” said Edmond Hughes, Ingalls’ vice president of human resources and administration. “We have a faithful contingent that continues to return every year, and that demonstrates our employees’ dedication to a healthier lifestyle. All of that hard work and enthusiasm creates a very special event that raises money for a very special organization. We are already looking forward to next year’s race.”