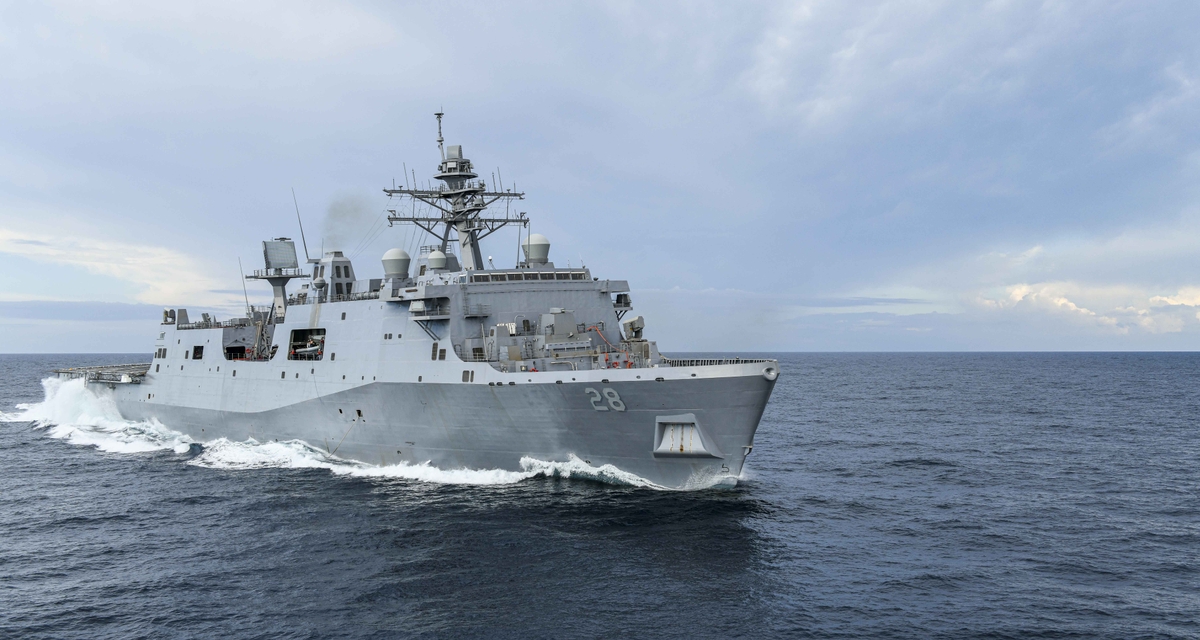 Fort Lauderdale is the 12th San Antonio-class ship delivered by HII. Amphibious transport docks are a major part of the Navy’s 21st century expeditionary force, deployed with a U. S. Marine Corps Air-Ground Task Force for amphibious and expeditionary crisis response operations that range from deterrence and joint-force enablement to humanitarian assistance and disaster relief. “We at HII and Ingalls are honored to support our customer on the national security mission at the heart of this work,” said Kari Wilkinson, president of the Ingalls Shipbuilding. “Mindful of safety and quality, we are incredibly proud of the collaborative Navy-industry team that delivers this vital capability.”

Fort Lauderdale was delivered during a March 11 ceremony with shipbuilders, ship’s force and representatives of Supervisor of Shipbuilding Gulf Coast together in attendance. The signing of the DD 250 document officially transfers custody of the ship from HII to the Navy.

“What a great tradition to be part of,” said Steve Sloan, Ingalls LPD program manager. “This delivery event is the culmination of hard work and dedication of thousands of shipbuilders, industry partners from just about every state, as well as our Navy Supervisor of Shipbuilding, Gulf Coast, shipmates that worked with us each and every day to ensure Fort Lauderdale became a mission capable ship.”

Ingalls has additional San Antonio-class ships under construction, including Richard M. McCool Jr. (LPD 29) and Harrisburg (LPD 30), the latter of which is the first of the LPD Flight II ships, designed as the replacement for the aging Whidbey Island-class LSDs. Fabrication of the 15th San Antonio-class ship, Pittsburgh (LPD 31), will begin later this year.

HII is a global engineering and defense technologies provider. With a 135-year history of trusted partnerships in advancing U.S. national security, HII delivers critical capabilities ranging from the most powerful and survivable naval ships ever built, to unmanned systems, ISR and AI/ML analytics. HII leads the industry in mission-driven solutions that support and enable a networked, all-domain force. Headquartered in Virginia, HII’s skilled workforce is 44,000 strong. For more information, visit: