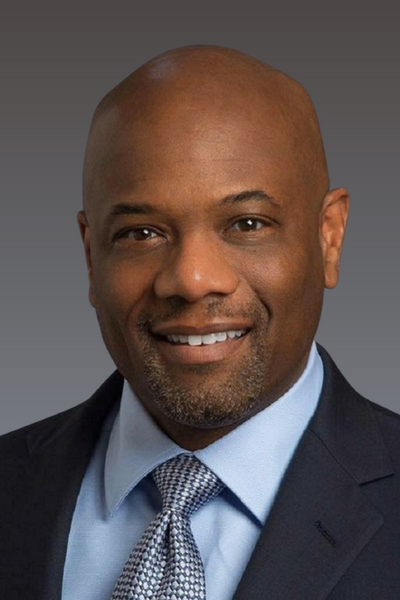 Harris oversees the company’s ongoing efforts to formalize and mature its strategy-driven environmental, social and governance program, in addition to overseeing matters of compliance. As HII’s corporate vice president and chief compliance and privacy officer, he is responsible for working with leaders within the law department and throughout the enterprise to advance HII’s compliance strategy and execution objectives. Additionally, Harris manages a team of experienced compliance and privacy counsel, which provide legal advice and guidance to senior management.

Prior to joining HII, Harris was senior vice president at his alma mater, Hampton University, where he had responsibility for maximizing enterprise operational performance in key departments. Prior, he held several positions of increasing authority and responsibility in corporate law departments, including assistant general counsel and vice president for ethics, compliance and privacy at Sodexo; corporate counsel at Northrop Grumman; senior manager (Corporate Compliance) at EY; and senior counsel and director of enterprise compliance at Raytheon.

Before joining Raytheon, Harris served as deputy assistant attorney general (Civil Division) at the U.S. Department of Justice, where he led a team of 175 DOJ attorneys and oversaw all tort litigation on behalf of the United States. He also served as deputy associate attorney general where he assisted the associate attorney general in developing and advising on policies relating to civil justice, federal and local law enforcement, and public safety matters, such as the National AMBER Alert coordinator role for the DOJ. President George W. Bush also appointed Harris to the Pension Benefit Guaranty Corporation advisory board, which protects the retirement security of over 35 million Americans in single-employer and multiemployer pension plans.

His federal service was preceded by his public service at the state level, where he was twice elected to the Virginia House of Delegates. Harris was appointed by Congress to serve on the Federal Advisory Commission on Electronic Commerce, from 1998-2000.

Harris began his legal career as a litigation associate with the international law firm McGuire Woods. Prior to law school, he served on active duty, as a military intelligence officer, with the Army’s 10th Mountain Division and later in the Individual Ready Reserves, achieving the rank of captain.