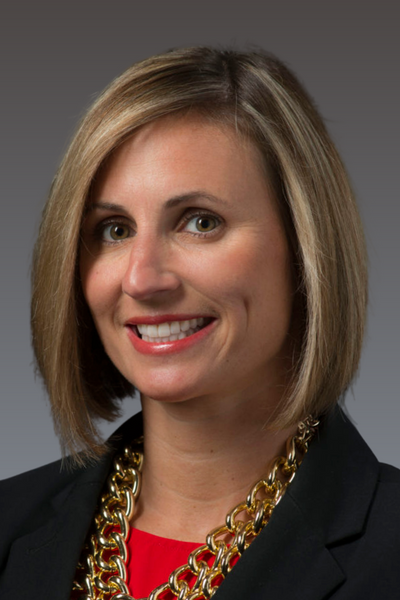 Brandi Smith is vice president of Columbia-Class Submarine Construction for Newport News Shipbuilding, a division of HII, located in Newport News, Va. Named to this position in 2022, she is responsible for company-wide management, leadership, and cost, schedule, and technical performance of the Columbia-Class Construction Program.

Smith began her career at Newport News in 2002 as an engineer in the aircraft carrier overhaul program. She has since held positions of increasing responsibility, including interim director of construction engineering for the Ford-class, engineering lead for Integrated Digital Shipbuilding, director of quality control responsible for all nuclear, non-nuclear and non-destructive testing inspectors, and program director for Columbia-class construction.

Smith earned a mechanical engineering degree from North Carolina State University and an MBA from The College of William and Mary.

Newport News Shipbuilding (NNS), a division of Huntington Ingalls Industries, is the nation’s sole designer, builder and refueler of nuclear-powered aircraft carriers and one of only two shipyards capable of designing and building nuclear-powered submarines. NNS also provides fleet services for naval ships and recently expanded its nuclear and manufacturing expertise into Department of Energy and alternative energy business ventures. Headquartered in Newport News, Virginia, the shipyard’s vast facilities span more than 550 acres along two miles of waterfront on the historic James River. It is the largest industrial employer in Virginia, employing more than 25,000 people, many of whom are third and fourth generation shipbuilders. For more information, please visit www.huntingtoningalls.com.